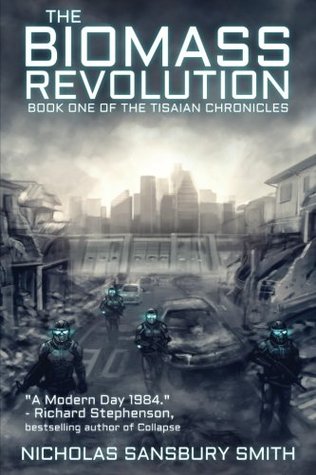 Crucially, it is an effective method of producing energy. A single power station can produce around three times more energy as a windfarm for the same amount of generation capacity. It is also reliable and can be scaled up or down to meet consumer demand. Of course, every technology has its drawbacks and there has been criticism of biomass because of its sourcing needs. The requirements to power a single station can be extensive, particularly if it is using wood as its primary fuel source. Some plants within the UK propose to import timber from as far away as Canada and Indonesia; this can potentially have a huge impact on the carbon footprint of the feedstock and the energy that it produces.

That's not to say that all biomass projects suffer from these issues. Some developers are now looking to generate energy by burning straw, which the UK has an abundant supply of and which, as a by-product of agricultural crops, does not have an impact on the food verses fuel debate currently engulfing the biofuel industry. Supermarket giant Tesco has recently been given a green light to build Britain's first ever straw-powered Combined Heat and Power CHP plant to meet the electricity and heating needs of one of its distribution centres.

Utilising straw for biomass represents one of the most efficient methods for its disposal and pre-empts the need for it to be ploughed back into the land. As a final, but vital, benefit, the UK can meet all of its requirements from domestic sources, cutting out the need to import supplies and allaying growing concerns over energy security. Whereas heat for domestic-scale commercial installations could come from solar technologies or even heat pumps, it is widely acknowledged that the primary market can only be supplied by biomass.

After all, most heat comes from combustion of a fuel, and biomass is the only renewable and combustible fuel. Red tape fears So what next for the industry? Wind power and biomass are likely to be the key renewable technologies UK Renewable Energy Strategy Already a stream of projects are either coming online or expecting to do so shortly, including the world's largest plant near Port Talbot, South Wales. Signs from government are also encouraging. Changes to its proposed Renewables Obligation Certificate which offers incentives to suppliers to generate energy from renewable sources will increase the value of energy generated by biomass in comparison with other sustainable technologies and make it more rewarding for investors to back.

In June, the Department for Business, Enterprise and Regulatory Reform BERR published its Renewable Energy Strategy that also made clear the important role that the industry could play, noting that there is a need to "develop a sustainable biomass market". While this in itself is encouraging, there remains some concern over the detail. The proposals mooted in the strategy have been primarily designed to make individual action more palatable, specifically a feed-in tariff to encourage microgeneration technologies in homes and a financial incentive mechanism to facilitate a general increase in use of renewable heat.

What they have not done, however, is to provide significant encouragement for commercial developers. There is a definite feeling by many in the industry that the current system is over-complicated and that applications are too frequently caught up in red tape.

By laying down a clear pathway that developers can follow, the government will be able to stimulate growth and at the same time provide the financial community with the confidence necessary for it to make the long-term substantial investments. The result will be a step-change in the UK renewable sector as a whole, and the first step towards meeting the EU's targets. David Williams is chief executive of renewable energy business Eco 2. He is also a member of the government's Renewable Energy Advisory Board and chairman of the biomass sub-group The Green Room is a series of opinion articles on environmental topics running weekly on the BBC News website Do you agree with David Williams?

Can biomass play a key role in delivering the EU's target? Do governments need to do more to encourage the level of investment needed in order to build large-scale plants? Will an expanding global biomass sector lead to the need to import feedstock from all corners of the planet? As I understand it, straw is ploughed back into the ground to improve soil conditions for crops. If the straw goes to biomass we may well get lower crop yields and even heavier use of oil based fertilizers.

Perhaps there is a correlation between a surplus of straw and declining soil quality too. Sorry, I need to hear what farmers, especially organic farmers, have to say about this! Ron Robins, Huntsville, Canada There are lots of crops, such as hemp, clover, and flax, which actually put nitrates back in the soil - no need for oil-based fertiliser there, just crop rotation.

We're eating more animal products every day than we have ever used at any time in the history of humanity. Replacing all OK, being realistic, most livestock farming with crop raising, including crops for biomass, is surely the single biggest thing we can do to save ourselves from massive environmental catastrophe.

We know that Bad Things Will Happen. We're on damage limitation now. However some forms of biomass, for example Miscanthus, can be considered truely renewable due to their highly efficient nutrient retrieval during senescence.

During harvesting barely any trace elements and a very low proportion of proteins nitrogen are removed from the land. This means stands of Miscanthus can be highly productive for a decade or longer with no additional fertiliser inputs. However, even so, my own personal feeling is that only a hydrogen economy, primarily derived from geothermal, solar, wind and water renewable sources is practical. Quite bluntly, the rapidly increasing human population will prevent the wide spread use of biofuels as we have to strive continually to boost food production. The only true light at the end of the tunnel will be when global family size restrictions are put in place at a maximum of 1 child per person to prevent our population vastly exceeding the possible productivity of our fragile planet.

Richard Hayes, Aberystwyth, UK There is one biomass plant that naturally gives 3 crops a year, with technology could give 6 crops a year, is nutrient neutral, needs no pesticides or fertilizers, is used in soil remediation and every part of the plant is useful. Peter, Surbiton An interesting article - but you seem to have missed out the role that anaerobic digestion of existing organic wastes could play here.

This is an area with big potential - one tonne of food waste produces enough biogas to run a car around km. We produce in the UK around 6. Given that the average UK car travels around km per annum, using this resource to produce roadfuel could provide enough carbon-neutral fuel to run around cars. The residue from this process?

A compost-like output which can be returned to the soil, a liquid fertiliser and hot water from the gas-engines. The AD of agricultural slurry and other material brings further possibilities. Not all biofuels are a bad environmental option - some are a considerable improvement on current practices, and reduce carbon footprint markedly. It might burn the gas produced by the waste, but other than that does not generate CO2, just exploit the heat generated by a natural process, and return the Carbon in solid form into the soil.

Plus, I'm always surprised that only 'animal waste' is used - why not human waste and all that food we throw away? OK, some pathogens that survive in the heat produced and outside the body would have to be killed, but that can be done! Nadine Hengen, Luxembourg Biomass seems a good idea.

Here's another one: my parents' house in Germany was heated by a powerstation burning rubbish for heat. Cheap and also solving the problem of running out of landfill space. While biomass has a role to play, particularly in localised CHP stations combined heat and power , I have not yet seen any figures which suggest that a realistic proportion of our biomass could be sourced domestically, perhaps I am wrong. Finally, biomass, like biofuels, greatly increases the demands on the land, and while it could have some benefits in the expansion of hopefully sustainable forestry, it could also lead to the profliferation of mononculture tree and switchgrass crops..

There is already substantial controversy over use of home-grown wood eg from coppice due to its impact on true forest wildlife which is replaced by more generalist species. Imagine the risks of sourcing wood from overseas, where there are still many species sensitive to loss of forest canopy!


Also as usual, advocates of "renewables" do not stress or know the human health risks; the agricultural, transport and conversion process risks in biomass may be far higher than for some conventional sources. The problems of biofuels which have apparently surprised some sectors were predicted years ago by ecologists, so let's not make the same mistake with other types of biomass.

Put more effort into efficiency - and remember some forms of ecological damage such as extinction have environmental implications over an even longer term than climate change.

However in the future a new approach to food production must be looked at. Good top soil is being lost 20 times faster than it is being regenerated according to David Montgomery of University of Washington, Seattle. Therefore crops like wheat,corn,rice should be GMed to become perennials. This would eliminate straw from the equation in biofuels.

Global warming and the rise of CO2 pales into insignificance compared to soil depletion and atmospheric oxygen depletion. As Prof. 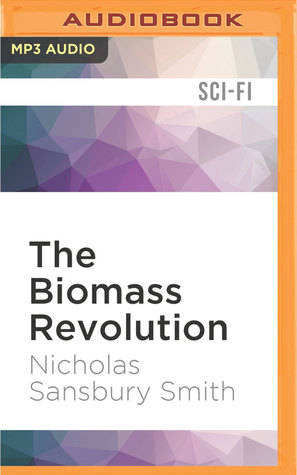 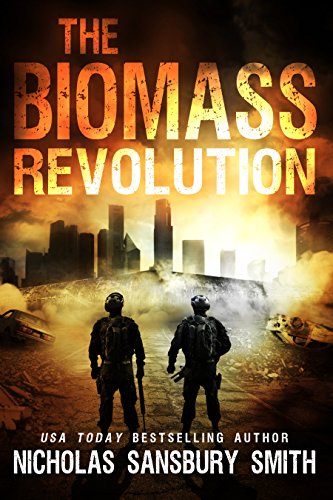