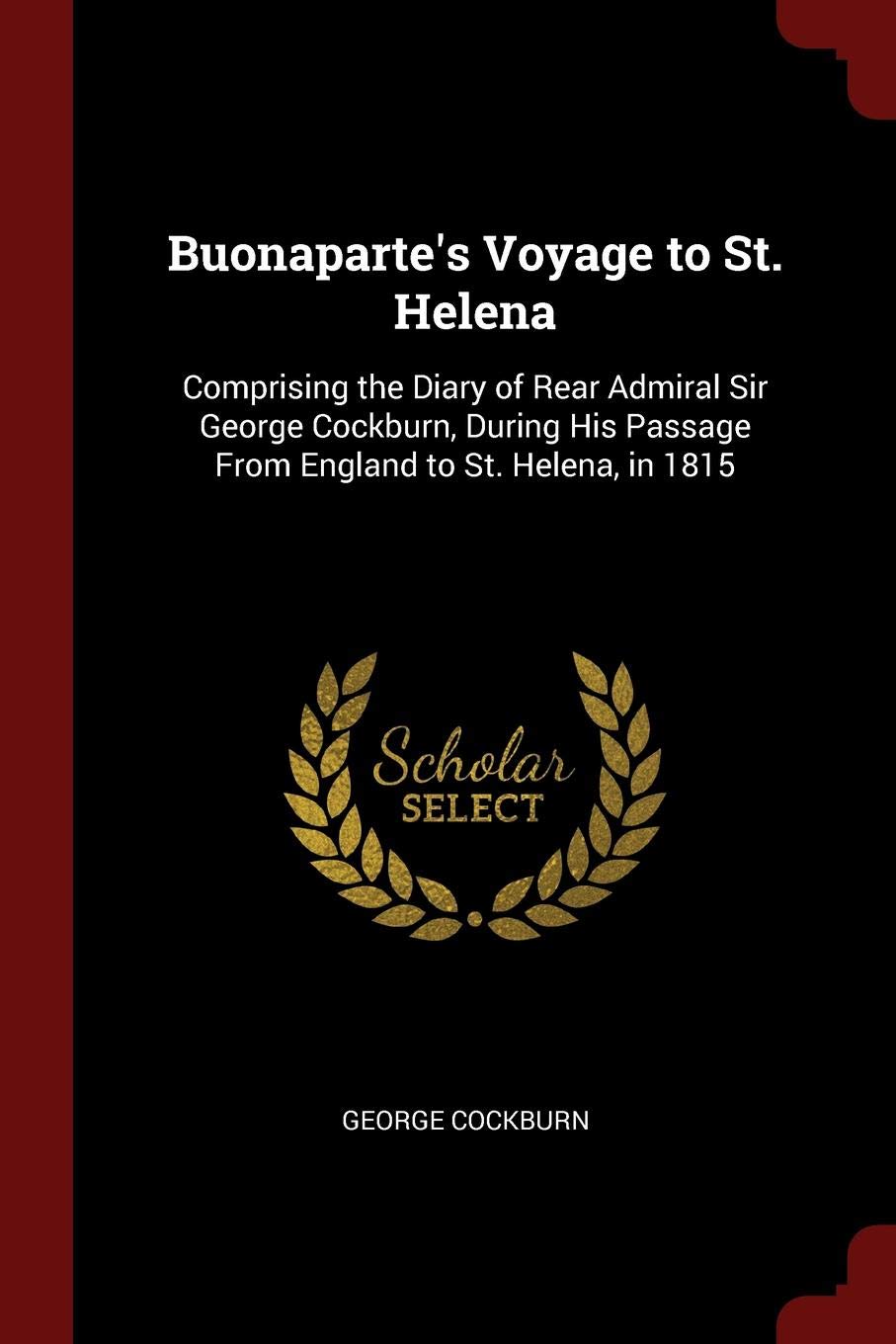 After I had shown him the cabin I had appropriated for his exclusive use and requested him to sit down in the great cabin, he begged me to cause the Lieutenant of the ship to be introduced to him; as, however, at this time his own followers came to take leave of him, I thought it best to leave him for a little while to himself, and I found soon afterwards advantage was taken of this for him to assume exclusive right to the after, or great cabin. When I therefore had finished my letters I went into it again with some of my officers and desired M.

He received this intimation with submission and good humour and soon afterwards went on deck, where he chatted loosely and good-naturedly with everybody.

At dinner he ate heartily of almost every dish, praised everything and seemed most perfectly contented and reconciled to his fate. He talked with me during dinner much on his Russian Campaign, said he meant only to have refreshed his troops at Moscow for four or five days and then to have marched for Petersburg, but the destruction of Moscow subverted all his projects, and he said nothing could have been more horrible than was that campaign; that for several days together it appeared to him as if he were marching through a sea of fire owing to the constant succession of villages in flames which arose in every direction as far as his eye could reach; that this had been by some attributed to his troops but that it was always done by the natives.

Many of his soldiers however, he said, lost their lives by endeavouring to pillage in the midst of the flames. He spoke much of the cold during their disastrous retreat, and stated that one night, after he had quitted the army to return to Paris, an entire half of his Guard were frozen to death.


He said he had built his ships at Antwerp in rather too great a hurry, but he spoke highly in praise of the port and said he had already given orders for a similar establishment to have been formed on the Elbe; and had fortune not turned against him he hoped to have sooner or later given us some trouble, even on the seas.

He stated that the reason he had over-hurried the ships at Antwerp, before mentioned, was because he was anxious to press forward an expedition from thence against Ireland.

After taking his wine and coffee he took a short walk on deck and afteryards proposed a round game at cards; in compliance with which we played at vingt-un until about half-past ten, won from him about seven or eight napoleons, and he then retired to his bedroom, apparently as much at his ease as if he had belonged to the ship all his life.

I afterwards disposed of his whole party for the night, though not without some difficulty; the ladies with their families making it necessary I should provide them with adequate room and accommodation, and yet each other person of the suite asking for and expecting a separate cabin to sleep in and in which to put their things. I went with him, however, one day to Longwood, and he seemed tolerably satisfied with it, though with his attendants he has since been complaining a good deal; and having stated to me that he could not bear the crowds which gathered to see him in the town, he has, at his own request been permitted to take up his residence until Longwood should be completed at a small house called the Briars, where there is a pretty good garden, and a tolerably large room, detached from the house, of which he has taken possession, and in which and the garden he remains almost all day; but in the evenings I understand he has regularly invited himself to join the family party in the house, where he plays at whist with the ladies of the family for sugar-plums until his usual hour of retiring for the night.

Newer Post Older Post Home. Subscribe to: Post Comments Atom. The Diary Review is now over 10 years old. One of my main objectives for the website has been, and remains, to celebrate the incredible wealth of freely available diary texts online - to provide links to this material. Occasionally, I am re-publishing these articles in the present with a new intro and date in which case the article carries a note to this effect.

Mostly, however, I am simply replacing outdated links where I can. Thus, some of these older articles are now less hyperlinked than they once were. They remain, though, as an archive of where the information was originally found. And so made significant. However, this anthology includes many more, and many longer, extracts than is possible in a published book. It also provides a wealth of links for further information about the diaries and diarists. The Diary Junction. Centers of gravity are noted and discussed. While the Norwegians did not have the military strength to beat the Germans, they did win many battles via their Resistance to the German Rule.

These victories along with German acknowledgment prove the Norwegian Resistance was successful against the German Army and its rule over Norway. To join our mailing list for new titles or for issues with our books — picklepublishing gmail. No part of this publication may be reproduced, stored in a retrieval system or transmitted by any means, electrical, mechanical or otherwise without the written permission of the copyright holder. We have also made every effort to include all maps and illustrations of the original edition the limitations of formatting do not allow of including larger maps, we will upload as many of these maps as possible.

While the resistance described is not necessarily what you would normally think of, i. My main reason for choosing this topic was based on a recent visit to Norway this past year where I had the chance to visit the Norwegian Resistance Museum in Oslo.

The memories of what I saw there are forever etched in my mind. When I saw the chance to put these memories along with many hard facts together into a paper, I jumped at it. This is one more example of how his theory can be used to organize an event in history. This action might not be possible to undo. Are you sure you want to continue? Upload Sign In Join. Home Books History.